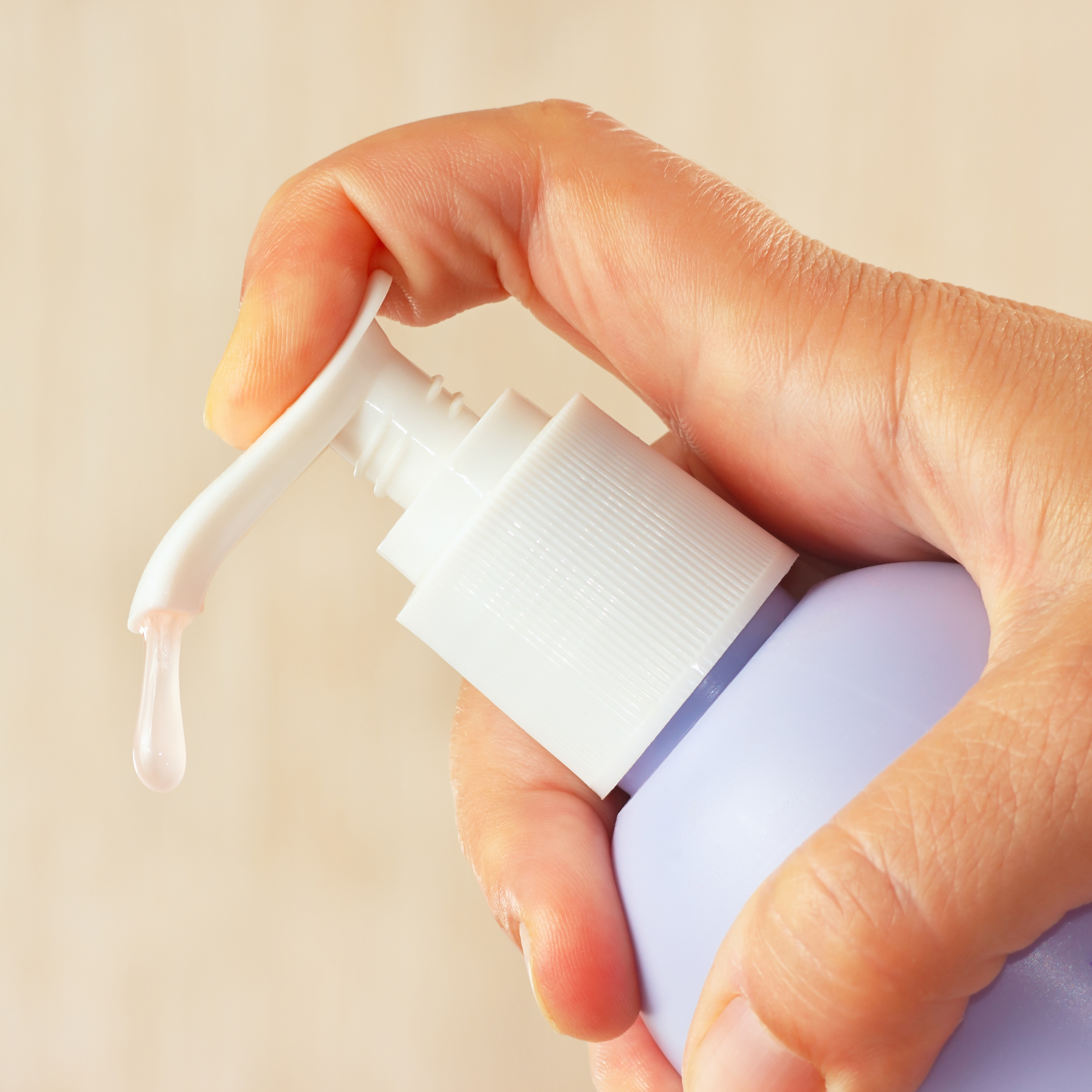 6 Dangers of Hand Sanitizers & Safer Options To Reach For Instead

Inside This Post: If you use hand sanitizer regularly to clean your hands or protect from germs, think again. 6 hidden dangers of hand sanitizers you don’t know about.

The Dangers of Hand Sanitizers

You might carry it in your pocket and see it in bathrooms. Its near the carts at the supermarket, at schools and virtually every type of doctors office from family practice, dentist to veterinarian.

It’s hand sanitizer and comes in gel, foam and lotion form making it easy to whip out in place of washing your hands and as a convenient alternatives if you aren’t near a bathroom, to do so.

If you’re a hand sanitizer toting person who may or may not have a container in your purse, affixed to your kid’s backpack, and another one in the car… listen up, because there are some hidden dangers, as well as harmful chemicals in hand sanitizer that may have you rethinking your use.

We use hand sanitizers designed to kill microbes, such as bacteria and viruses, but what are the potential dangers of frequent use to us?

What happens when your body builds up a resistance to antibiotics and to bacteria?

Non-alcohol based hand sanitizers contain an antibiotic compound called triclosan or triclocarban. This chemical is an antibacterial, meaning it contributes to making bacteria resistant to antibiotics.

It can be found in antiseptic soap, and even toothpaste and products with triclosan are labels antibacterial, antimicrobial, or antiseptic.

The problem is when you use hand sanitizer often, you build up a resistance to antibiotics, and in turn resistance to bacteria. You are actually lowering your resistance to diseases by killing the good bacteria on your hands.

In a 2011 study by the Epidemic Intelligence Service at the U.S. Centers for Disease Control and Prevention, researchers found that health care employees who were most likely to use hand sanitizers over soap and water for routine hand washing were nearly six times more at risk for outbreaks of norovirus, which causes most cases of acute gastroenteritis.

One 2009 study found that typical soap, when scrubbed on properly, is just as good at killing potentially infectious bacteria and viruses. Stick to the soap and water and you’ll be in better hands.

While you can’t see any of them, millions of bacteria on your hands, skin and of course, inside your gut.

Science tells us, it’s the colonies of bacteria we have on and in our bodies, among other things, that keep our body healthy and functionally properly.

When we regularly use hand sanitizer, we kill off nearly all microbe on our hands and skin – both the good and bad kinds and this isn’t good news for you.

The problem is that when we kill of potentially good, or beneficial bacteria, it lowers your resistance to illness and disease because you’re eliminating what helps your body fight off bad bacteria.

When you have a weakened immune system, this makes it more difficult or even impossible to treat without intervention.

Researchers at University of Michigan School of Public Health found that the chemical triclosan has the potential to negatively affect immune function. In the same study, children and teens exposed to higher levels of triclosan were more likely to be diagnosed with hay fever and other allergies. 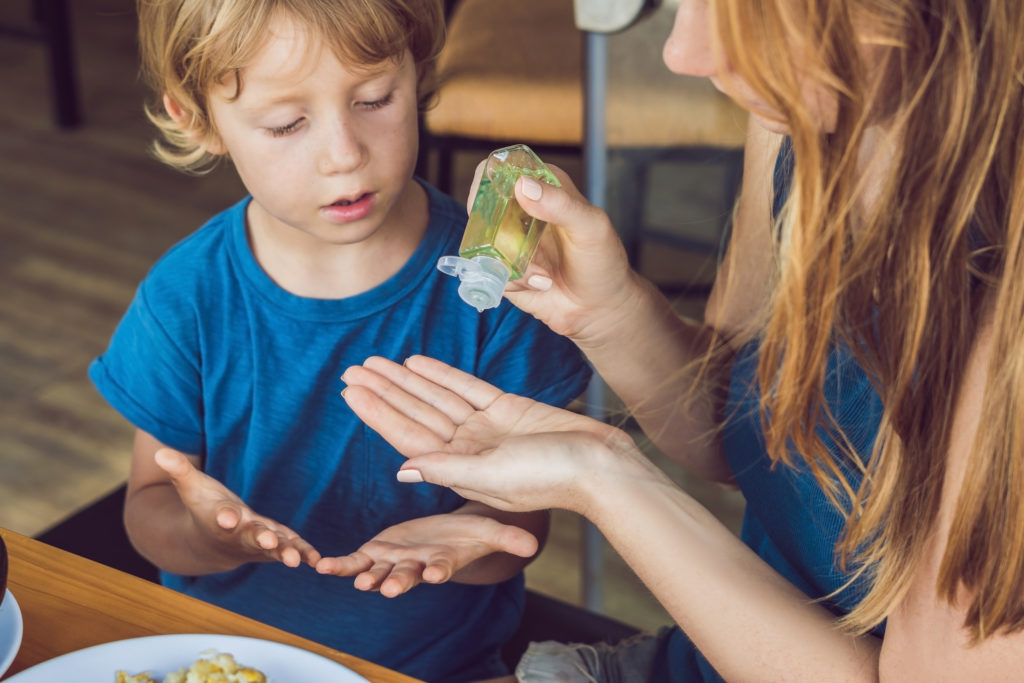 According to this paper published in JAMA, they found that people who use hand sanitizers have elevated levels of the chemical BPA in their urine and blood.

They also found that individuals who used hand sanitizer and then handled receipts, had an increase to the absorption of BPA into the body by a factor of 100 or more.

That’s because the chemicals in hand sanitizers (as well as other cosmetic products like lotions) make the skin more permeable to substances you handle, including BPA which is found on receipts and plastics.

Researchers warn about the potential health effects of BPA, a known endocrine disruptor, which interferes with the function of hormones like estrogen.

They found that those who used the Purell absorbed tens of times more BPA from the receipts than those without.

4. The First Ingredient (Alcohol) Can Potentially Poison You

Hand sanitizer often lists alcohol as the first ingredient, such as ethyl alcohol. It’s an active ingredient, working as an antiseptic.

Alcohol, the germ-killing agent in alcohol-based hand sanitizers evaporates within seconds after you apply it to your hands, but worse yet, some of the alcohol is absorbed through the skin and into your bloodstream.

Research shows it can also irritate eyes, the nose and skin.

In March of 2012, six California teenagers were hospitalized with alcohol poisoning from drinking hand sanitizer, making it the latest in a string of household products used to induce intoxication, ABC News reported. A few squirts of hand sanitizer could equal a couple of shots of hard liquor.

5. Tricolsan is a Hormone Disruptor

Another effect of putting triclosan on your skin are the potential hormone problems it can cause.

FDA shows research that triclosan may lead to hormonal disruptions and cause bacteria to adapt to its antimicrobial properties, which create more antibiotic-resistant strains.

Animal studies have shown that the compound could change the way hormones work in the body, raising concerns and warranting further investigation to better understand how they might affect humans. 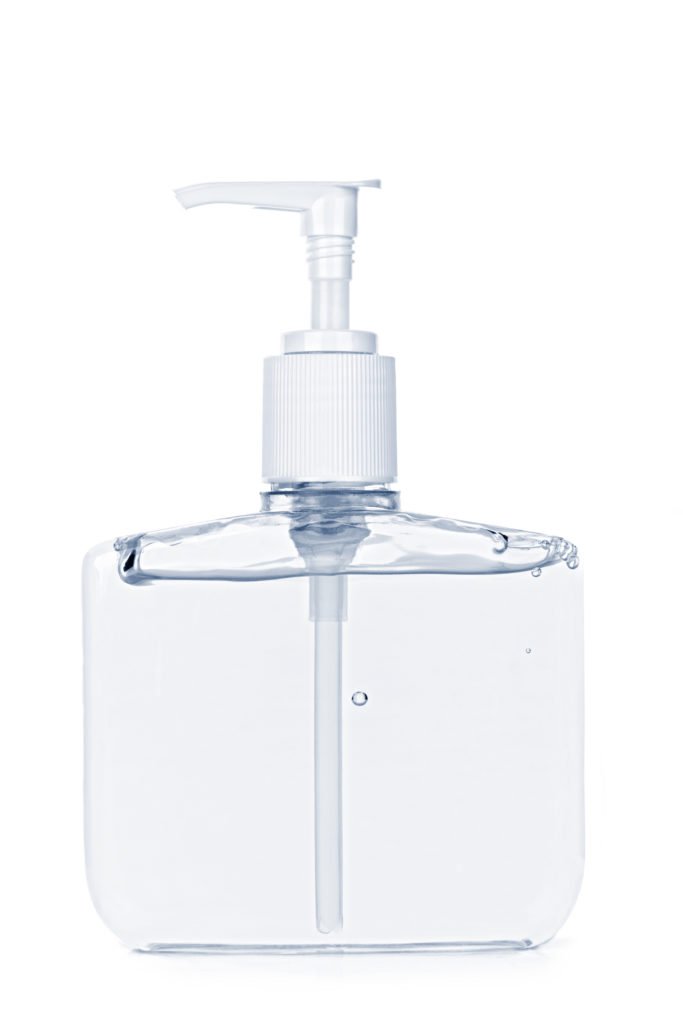 Hand sanitizers are loaded with toxic chemicals. Here are the chemicals you rub on your hands and skin each time you use it.

Swap Your Toxic Hand Sanitizer for a Safer Version

I’m a nut about what I put on and in my babies’ bodies so I have done my homework when it comes to picking a safe hand sanitizer. Here is what we use, but have also tried.

To gain a full understanding of what harsh toxins are lurking in your home and what happens when you breathe, eat, touch or smell them,  Download Your Free Starter Guide to Environmental Toxins Hiding in Your Home

Removing Toxins: What to Tackle First & What Makes the Biggest Impact